When we talk about Net Worth, it’s no surprise that K-pop idols have high net worths considering their influence, brand deals, and other activities. And when we talk about K-pop idols in terms of Money, it takes everyone back to their humble origins. Where they shared a single dorm, ate the same food, and even traveled together.

As I’ve previously mentioned being a K-pop idol isn’t like a bed of roses. Before the debut, the Idols have to go through mandatory training, and some go through long ones, whereas some trainees go through short training periods. And it is the result of their Blood, sweat, and tears that allow them to be so successful.

These K-pop idols that I’m going to talk about are well seasoned and have put their back into paving the way for their future. And they worked so hard that eventually, their names ended up on the list of the wealthiest K-pop idols in 2021. So without further ado, I present to you. Park Jin-young, better known as JYP is the founder and Co-Ceo of one of the biggest entertainment companies in the industry. This company is home to numerous talented groups and artists, such as Itzy, Got7, Day6, Stray Kids, Rain, etc. But, before becoming known for his company, the star first rose to fame through his singing career. He became a household name for albums like Blue City. And with all this hard work, he has the highest net worth in the industry of about 200 million. This former member of the K-pop group TVXQ and JYJ seems to have it all, from being an actor, singer, songwriter, director, fashion designer, and businessman, to having a net worth of about 80 million dollars. And he owes it all to the K-drama’s he’s acted in like Protect the boss and even the luxury clothes he sells from his own fashion company. And with all this, the k-pop idol seems to have it all. The singer of your classic favorites like ‘Gangnam Style’ and ‘Gentleman’ has quite a net worth. I mean with the influence he had. It’s impossible to not have his name on this list. Not only owing to his music career. But, Psy also owes his net worth to the entertainment company he set up, P Nation. Which has notable artists under its belts, such as Jessi, Hyuna, Dawn, and Crush. Jung Ji- Hoon, better known as Rain, is quite well known for his music, acting, and business skills. But, did you also know that the singer-songwriter, actor, and record producer is well known for his net worth. This singer is quite famous Internationally for his album, It’s Raining, and is also the Ceo of his own company called R.A.I.N. This actor, singer, songwriter, and model is a member of a famous South Korean K-pop boy group Super Junior. The singer is known to be born with a silver spoon in his mouth as his father is the Ceo of a famous pharmaceutical company in South Korea. This artist is also a brand ambassador for a diverse set of brands and is also a successful actor with works such as Revolutionary Love and She Was Pretty. This singer is officially known as ‘Nations Sweetheart’ and has been stealing hearts since her debut in 2008. She is not only known for her melodic voice and songs. But, also for her acting career, which she owes to projects like  Moon Lovers: Scarlet Heart Ryeo and Hotel del Luna. The actress and singer rose to national stardom due to the release of the lead single of her album Real. This presenter, singer, activist, actor, and record producer is one of the highest-paid female singers in the industry after she signed a contract with Mnet Media. Lee Hyori is so famous that she has been dubbed the ‘Nations Fairy.’ The artist debuted as a member of ‘Fin.K.L’. And later went on to become a solo artist and taking part in other activities that led to her net worth. Labeled as the Korean Prince of R&B, Dong young-bae is another artist, to be mentioned in this list. The artist is very famous nationally and internationally for hits such as ‘Eyes, Nose and Lips’ and ‘Wedding Dress.’ And also for being a member of the eccentrically famous K-pop boy group Big Bang. The singer also has had countless praises for his voice and is named one of the best vocalists in Korea. This artist has quite a phenomenal presence, so his name appearing on this list shouldn’t be a surprise. This singer-songwriter and actor has a net worth of 20 million. And he owes all this success to the massive influence and brand deals he got being a part of a globally famous band, BTS. And when we talk about success, it is clear that hard work and dedication are a part of the equation. Otherwise known as the lead rapper and dancer in the girl group Blackpink, this artist has an extensive brand presence as she is the global ambassador of multiple brands such as BVLGARI and AIS Thailand. And the artist also owes her net worth to her influence and other activities by being a part of the most famous girl group in the world, Blackpink. And to add to all this is her solo activities with Youtube and Instagram. 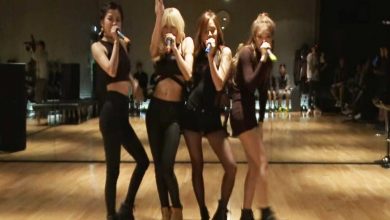