In the earlier times, people were entertained by drama performances at any place. But French Lucio Brothers made India’s first silent short film; the Indian film industry had knocked since then. Dadasaheb Phalke released Rajaharish Chandra’s full movie. But that movie was silent and black and white; since then, Indian cinema had started. Along with being the producer, cameraman, and director of this film, Dadasaheb Phalke had edited the movie. Dadasaheb Phalke is called the father of the Indian film industry because of whom the Bollywood movie industry is famous today. Bollywood film industry is the second-largest film-producing industry in the world. Apart from Bollywood, there are many movie Industries. It has performed exceptionally for many years. It has also come a long way in the production and earnings of movies in the Indian Hindi cinema. Only 36 percent of the Indian Industry are Tamil and Telegu movie industries. Bollywood has gone way ahead in terms of earnings. The Tamil film industry is known for its original content and technical department. This industry has consistently been producing rich content. The Tamil movie industry was always famous for its unique content, good acting, and technical aspects. The thinking of Tamil movie makers has been out of the box. The dedication of the directors towards filmmaking played a vital role in the rise of the movie industry. Tamil cinema is also known as Kollywood. Legendary actor Rajinikanth was the first superstar of the Tamil industry. He is known for his action scenes, and is a gift to the Tamil industry. Tamil cinema has more than 1500 screens in Puducherry and Tamil Nadu itself. The Telugu film industry has been performing very well for many years. This industry had already shown its potential with its thinking and technology. People adopted the stars here, and the Telugu movie industry became famous ultimately. Naga Arjun, Alla Arjun and Mahesh Babu; all got stronger in Hindi. This industry completely changed the history of Indian cinema. The Telegu industry is known as Tollywood. It is an industry based in Hyderabad, Telangana. This industry leaves everyone behind in production because it holds the Guinness World Record of the largest producing facility. It is a very high-earning movie industry that has more than 2800 screens across the country. The Kannada film industry is also known as Sandalwood. Many best and superhit movies have been wiped out in Kannada. There are more than 600 screens in Karnataka. In today’s time, more than 100 Kannada films are produced in Karnataka and Bangalore. It is one of the biggest movie industries in India. The Marathi film industry, known as Mollywood, is considered the hub of films; hence the movies that came out of it are progressing. It is based in Maharashtra. More than 500 movies of Marathi are located in Mumbai, which is also a reason for their great success. Today, many movies made by the Marathi movie industry are seen everywhere, due to which they earn a lot of money. The Bengali film industry is also known as Tollywood. Many Bengali movies have earned a name across the world and have also won many national awards. Probably because of this, Tollywood is also taking steps towards progress. It makes 70-100 movies in a year. The Bhojpuri film industry is the most popular film industry in India. It is one of the fastest-growing movie industries. Bhojpuri movies are seen not only in Bihar but also in North America, Europe, and many other countries, due to which it is progressing very fast. Bhojpuri cinema is known for its action and comedy. The motion graphics used in the movies make them very interesting. Today Bhojpuri cinema has become an industry with about two thousand cores. The Punjabi film industry is known as Pollywood. Movies of the Punjabi industry are liked in many places in India. Since it is a one-language movie, it faces problems reaching the audience, but it has been doing quite well for a few years. The box office collection of Pollywood is more than 7 thousand cores. Today it has become the biggest movie industry. The Odia film industry is known as Ollywood, which is an integral part of Indian cinema. The movies here are related to the Katak language of Odia, Orissa. Its name is derived from the names of Odia and Hollywood. Odia movie industry is India’s most unique and one of the biggest movie industries. 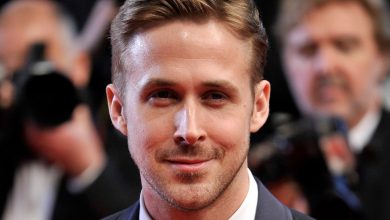 Movies to hit the big screens in 2021