The Vampire Diaries gave us many things – incredible songs, Ian Somerhalder’s smouldering eyes, epic love, sisterhoods, brotherhoods, endless doppelgangers, witches, vampires, sirens – you name it, and you have it.

TVD fans might disagree on several matters – whether Delena or Stelena were more epic, or if Klaus and Caroline should’ve been endgame; did Enzo deserve to die, or even if Bonnie and Damon should’ve been paired together. But one thing they’ll agree upon is the fact that this series has one of the best soundtracks ever. The songs featured in the series have become so intrinsically linked with the series that you can’t even imagine the episodes without them.

While all the songs featured were incredibly suited, here’s a list of top 8 songs from The Vampire Diaries that stand out – This song is perhaps one of the songs that will always be associated with the series. It features in Season 6, Episode 22 and is probably one of the most emotional moments of the season, if not the series.

Elena has been put under a spell by Kai – as long as Bonnie lives, Elena will be in a sleep-like coma. Before going into the coffin, Elena and Damon reminisce their epic moments and then share a dance out in the streets while Hunger plays in the background. The lyric certainly matches their situation, “When you’re not next to me, I’m incomplete”.

Elena: “Are you ready for this?”

Damon: “Ready to spend the next 60 years without you… Who will be ready for that?” In Season 3, Episode 19, this song features when Jeremy, Elena, and Damon are in a motel in Denver to hide from Kol.

Elena and Damon have always had great chemistry, but the motel scenes are out of this world! The tension is so intense and palpable that it translates through the screen. In this scene, they are both drawn but can’t give in to each other. Elena even goes back to their room but then comes running back and kisses Damon as if a magnet pulled her.

The lyric goes, “Found the place to rest my head, Never let me go, never let me go” – Damon and Elena truly accept each other for who they are without any qualms, so the words fit perfectly. Another Ross Copperman song in a pivotal Delena moment. In Season 3, Episode 10, Damon compels Jeremy to move away from Mystic Falls to stay safe and lead a normal life. Elena is on the porch, and Damon comes out to console her. They start talking about Stefan; Damon starts walking off, then turns back and kisses her – the first Delena kiss!

4. All I Need – Within Temptation Featuring in Season 1 Episode 19, this song kind of was the start of all the epic Delena moments the creators would tease the fans with.

Elena is taking part in the Miss Mystic Falls pageant, and the dance is about to start. Stefan was supposed to be her escort but goes missing because of his inability to quench his thirst for blood. Elena walks down the stairs, and her eyes meet Damon’s. Damon steps in for Stefan at the last moment, saving Elena from being left without a partner.

There are many dances throughout the series, but the waltz that the participants perform while All I Need plays in the background tops the list. The couples dance with their palms facing each other but not touching. Elena and Damon’s chemistry is off the charts!

5. Give Me Love- Ed Sheeran 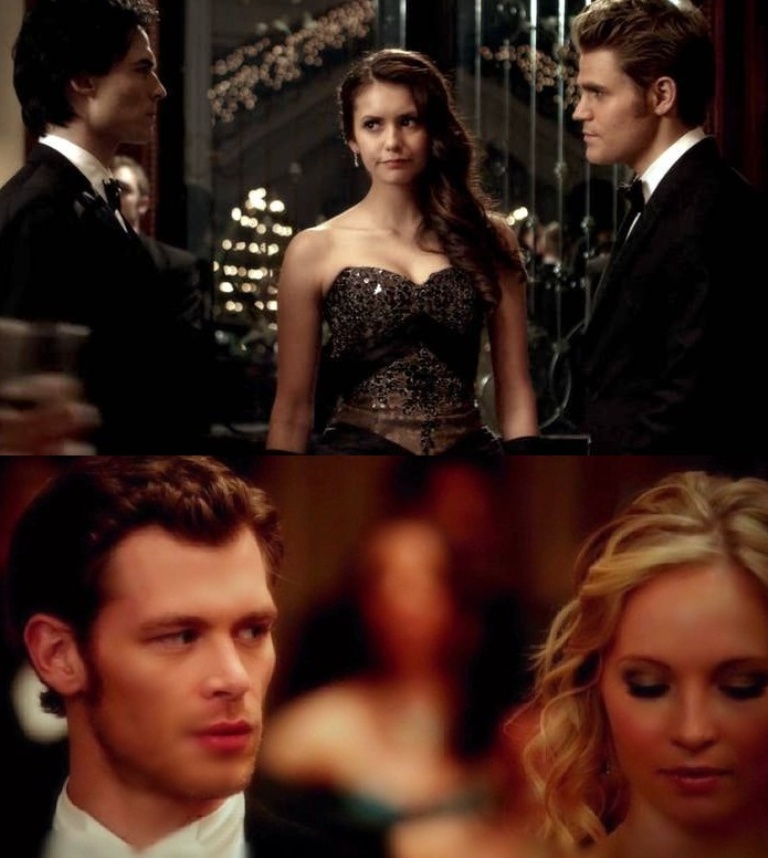 Everybody attends the Mikaelsons’ ball, and there’s another of the choreographed dance sequences. Elena and Damon start the dance before Elena is delivered into the arms of Stefan. But more than the Stefan-Elena-Damon triangle, what stands out is Klaus and Caroline dancing.

The lyric of the song undoubtedly matches what most of the characters are thinking, especially Klaus – “Give a little time to me or burn this out, We’ll play hide and seek to turn this around, All I want is the taste that your lips allow, My, my, my, my, oh give me love”. This powerful song features in Season 5, Episode 21.
The last few episodes were highly intense and heartbreaking in season 5. The travellers are taking over Mystic Falls, and Tyler, possessed by a traveller, kills Stefan. This song plays in the background as Stefan’s spirit passes through Bonnie to the other side.

The lyric “Trying to catch myself before I fall, Too little too late, Can you save me” adds to Caroline screaming helplessly over Stefan’s dead body. Another song that has come to be extensively associated with the series is featured in the finale episode of the show.

Stefan sacrifices himself to save everyone; Damon and Caroline stand beside Stefan’s tomb, wondering whether anybody finds peace. Elena wakes up from her sleep and runs into Damon’s arms.

The lyric “Hold on I still want you, Come back I still need you” seems to be an ode to Stefan from Damon. They do find each other in the afterlife; everybody gets the peace they had been searching for.

This emotional scene is guaranteed to make you shed a few tears. Featuring in Season 5 Episode 22, this song was the background for one of the saddest scenes of the series, and the show certainly did have many.

Damon is unable to return from the Other Side and gets stuck there with Bonnie. He only has a few moments when he comes to say goodbye to Elena. Elena is unable to see him and is uncontrollably crying (along with the audience).

The lyric “And in my heart, you would stay a while with me” goes perfectly well with both their situations.

Damon: “But I don’t have a choice baby.”

Other songs from the series that you should listen to are Kiss Me by Ed Sheeran, Wait by M-83, Down by Jason Walker, Wings by Birdy, and Gravity by Sara Bareilles. 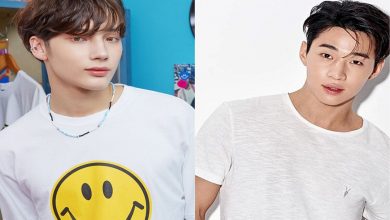