This multi-billion dollar superhero universe is one of the most beloved franchises in the world. While several MCU projects are still in development, whether in web series or movies, Avengers: Endgame brought several of the major characters’ arcs to an end.

This band of superheroes formed a close-knit group onscreen as well as off of it. Fans might miss seeing these casts on-screen together (they certainly had great chemistry)

So, here’s a list of 10 movies that feature MCU cast members-

This 2004 fantasy romantic comedy film featured Jennifer Garner in the lead. Jenna Rink (Garner) is an awkward 13-year-old girl who wishes to be famous like the ‘Six Chicks’, a clique led by “Tom-Tom”. Matt Flamhaff, her best friend, gifts a dollhouse to her which has ‘magic dust’ sprinkled over it. Jenna is left humiliated by the Six Chicks and wishes she was 30 years old on her birthday. Banner/ the Hulk) plays Matt, and Brie Larson (Carol Danvers/ Captain Marvel) plays one of the Six Chicks. Written, co-produced, and directed by Jon Favreau, this 2014 comedy-drama film saw Favreau plays Carl Casper, a famous chef. The latter loses his position as the head chef following a public altercation with a food critic. He then opens a food truck and goes around the country selling Cuban sandwiches and yucca fries, accompanied by his young son. Directed by Marc Webb, this 2017 drama film follows the story of Mary, a seven-year-old girl who has been living with Frank, her maternal uncle, after the death of her mother. On her first day at school, her first-grade teacher discovers that she’s extraordinarily gifted in mathematics. She’s offered a scholarship to a private school that would take care of her unique abilities, but her uncle refuses, hoping that she’d get to enjoy a ‘normal’ childhood.

Her maternal grandmother, who had been estranged all this while suddenly appears, and sues Frank for custody, hoping that she’ll win and then be able to turn Mary into a prodigy. Chris Evans (Steve Rogers/ Captain America) stars as Frank Adler, and Mckenna Grace (young Carol Danvers) plays Mary. A 2008 war thriller film, The Hurt Locker, was directed by Kathryn Bigelow and featured an ensemble cast of eminent actors. Sergeant William James of the U.S. Army fighting in Iraq is an adrenaline junkie tasked with training a bomb disposal team. His need for thrill gives rise to situations that endanger the lives of his subordinates, including Sergeant J.T. Sanborn and Specialist Owen Eldridge. A biographical drama directed, written, and produced by Marc Abraham, this film was released in 2015. It was based on the book Hank Williams: The Biography. The film follows the life of singer-songwriter Hank Williams as he rose to be one of the most influential names in country music.

6. The Other Boleyn Girl Based on Philippa Gregory’s novel of the same name, this 2008 historical romance drama recounts a fictionalised tale of King Henry VIII and the Boleyn sisters, Mary and Anne. The film follows the lives of Mary, a mistress of King Henry, and her sister Anne, who became Henry’s second wife.

7. The Devil All The Time This 2020 psychological thriller is set around a town where sinister characters are taking over the community. A young man, Arvin Eugene Russell, is devoted to protecting his loved ones from all the darkness and violence. A 2012 comedy-drama directed by Stuart Blumberg follows three recovering sexual addicts who all attend the same sex-addicts meeting as they navigate their lives in NYC.

These science fiction-action films releasing in 2009, 2013, and 2016 follow James T. Kirk and Spock as they battle against extraterrestrial threats. A reboot of the King Kong franchise, this 2017 action film follows a team of scientists and war soldiers who travel to Skull Island to meet Kong, an enormous ape and the last of his species.

Tom Hiddleston stars as James Conrad. An ex-British Special Air Service Captain was hired as a hunter-tracker for this expedition. Samuel L. Jackson (Nick Fury) appears as Preston Packard, a U.S. Lieutenant Colonel who is the designated military escort, and Brie Larson as Mason Weaver, a photojournalist.

Some other films that feature the Marvel stars together are Black Swan, Don Jon, Men In Black: International, The Perfect Score, The Nanny Diaries, What’s Your Number?, Zodiac, and The Losers, among others. 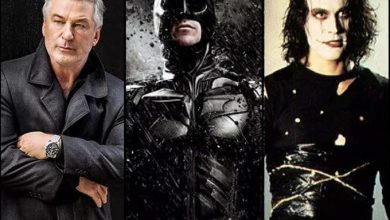