Movies have always been about fiction, fantasy, drama, and so on. Over the last few decades, sports movies created their genre. It has always inspired and motivated us. This type of genre has created enthusiasm and excitement within the audience. Indeed, this has been one of the most favorite categories of movies among viewers.

Here are some Top 10 Sports Movie In India: ”Lagaan: Once upon a time in India” is an Indian Hindi language epic sports film written and directed by Ashutosh Gowariker and produced by Aamir Khan. The movie goes back to the pre-independence era in 1893, in a village around central India. Here villagers are asked to pay a high amount of tax even during drought season. Unable to pay, they are left in between the crises. Arrogant British taxers challenge poor villagers to the game of cricket and asked them to defeat the British, and as a reward, they further need not pay tax.

The narrative revolves around the situation taking many twists and turns, ultimately leading to a happy ending. Lagaan received widespread critical reviews and awards at international film festivals and many Indian film awards. Later was nominated for the Academy Award for Best Foreign Language Film. This is a Hindi language biographical sports film directed by Rakeysh Omprakash Mehra from a script written by Prasoon Joshi. This film is based on the life of Milkha Singh, an Indian athlete who was a champion of the Commonwealth Games and two-timed 400m winner of the Asian Games.

He is known as ”The flying Singh”. Farhan Akhtar plays the central character. This film was inspired by the autobiography named ”The Race of My Life” written by Singh and his daughter, Sonia Sanwalka. The film is set in the 1970s, is about the encounter between two different clans, namely Idiyappa Parambarai and Sarpatta Parambarai, over the sport boxing. However, this film was successful in establishing the backward Dalit society of Chennai. Indian Hindi-language sports film directed by Shimit Amin, starring Sharukh Khan, is a fictional sports film that tells the story about the Indian women’s national field hockey team, which was inspired by the team’s win at the 2002 Commonwealth Games.

Indeed, this film explores the concept of sexism and marginalization faced by women in sports. Furthermore, racial discrimination, religious prejudice, and the legacy of partition have been discussed in the film. This film indeed has played a significant role in inspiring the Indian women’s Hockey team in Tokyo Olympics 2021. The girls from the backward village have fought all the way through and reach their heights. More than fulfilling a father’s dream, he made his daughters dream about their goals and taught them how to succeed. Fatima Sana Shaikh and Sanya Malhotra portray the adult versions of the two Phogat sisters, Zaira Wasim and Suhani Bhatnagar, their younger versions, Sakshi Tanwar, their mother, and Aparshakti Khurana, their cousin, all of them except Tanwar in their film debuts. Kho-Kho is a Malayalam language sports film starring Rajisha Vijayan and directed by Rahul Riji Nair. This film revolves around Maria Francis, played by Rajisha Vijayan, a female coach who teaches a group of girls the Kho -Kho game and trains them to become their best. However, the plot comes with many twists and turns and with a happy ending. Indeed, this film is an inspiration to many girls to make their career in sports. This is a biographical sports film based on the life of legendary boxer Mary Kom. Directed by Omung Kumar and produced by Viacom18 Motion Pictures and Sanjay Leela Bhansali. Starring Priyanka Chopra, who has played the role of famous Mary Kom, has played complete justice towards the film.

In the movie are Darshan Kumar and Sunil Thapa in supporting her husband and mentor roles, respectively. This film is a depiction of Mary’s journey through boxing. Her determination and hard work towards boxing have made her dreams come true. This is a Malayalam language sports comedy film directed by Basil Joseph. Starring Tovino Thomas, Wamiqa Gabbi, Aju Varghese, and Renji Panicker. The movie revolves around the sport wrestling, the protagonist Anjaneya Das who is against his father’s dreams to make him wrestler and with many twists and turns within plot brings out the wrester in him, somehow the rising action in the plot generates the views interest towards the film.

The comic elements in the film have kept the film’s entertainment factor along with enthusiasm towards the sport. Music director Shann Rahman has done great work in the movie. The film’s plot revolves around the life and struggles of Dhoni from a young age to becoming a legendary cricket star. This movie is an inspiration to many budding cricket stars. The film was dubbed in Telegu, Marathi, and Tamil. The Dream That United Our Nation was released in 2018 is an Indian Hindi language historical sports film directed by Reema Kagti and produced by Farhan Akhtar and Ritesh Sidhwani. This film depicts the journey of the Indian hockey team in the Olympics from the pre-independence era to post-independence.

Indeed, this film provides views a glimpse of events that happen during the partition. Starring Akshay Kumar and Mouni Roy. Sports movies are made so that more and more people get educated about the importance of each sport, the necessity of sports, and knowledge about a different sport. Enabling in a sports activity helps children to create a healthy mind and body.

Furthermore, it makes a sportsman spirit within kids. These kinds of movies help kids to have dreams and ambitions in life. Nowadays, the media industry is considered a most significant influencer and thus helping in breaking down the norms of society. 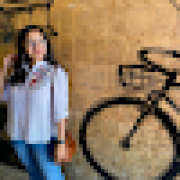 6 Movies With A Powerful Social Message “The Blind Side”- 12 Years Since Its Release. Here’s The Message The Movie Delivers