We always want to see the inside lives of the people we are inspired by or idolize. However, we do not get this chance every time. But with BTS, you get that chance, and you get it good. From behind the scenes of a concert, to rehearsals, to even their dinners and after-party showdown. And you get to see their struggles from the beginning of their time in the industry, and you will get to know them a lot. It is not just their work, but they also play games and have fun like an ordinary boy, so they catch them betraying and cheating in games they play. So here’s a list that has it all. It was initially supposed to be only ten episodes, but ARMY-IES loved it so much that it’s now with a total of 145 episodes and is still currently going. BTS plays games ranging from rock paper and scissors to a real mafia village game. They are best of friends, but seeing them betray each other to win a ramen cooker or a hotel coupon will always be funny – going on small picnics, dressing each other or filming a short commercial film where they have to do all.

They may be billionaires owning all the riches, but I bet you can’t see them fighting over a remote toy car. And don’t think it’s all fun. There are punishments for those who didn’t perform well, ranging from making breakfast at 5 am or going hiking in the winter or wearing plushie costumes or the best wearing humiliating outfits for their airport fashion. You can see them all-natural and not the singing moguls that they are. BTS in the Soop translates to BTS in the forest (Soop in Korean= forest). It consists of 8 episodes, each of 45-60 minutes. We know them for singing and dancing producing great songs, but do we know how much stress they are under to perform flawlessly look flawless all the time. BTS were visibly upset because they could not meet ARMY-IES (their fans) because of the pandemic. It was very stressful for them, so their label Big Hit (now Hybe labels) decided to give them a small and very deserving break.

You can see them playing with a toy water boat to riding a real water boat, fishing, making sushi and sashimi out of it, and cooking and cleaning. We were also treated to how members wrote lyrics in merely a few minutes. Members can also be seen painting their hearts out and lighting firecrackers.

It spanned over four seasons and eight episodes, each with Behind-the-scenes extras. BTS travels to a different country every season. Season 1 features Norway, Sweden, and Finland for over ten days, Season 2 they went to Hawaii, Season 3 u can see them travelling around Malta, and season 4 features them in New Zealand. You can see them losing luggage, passports, themselves, and especially member Jin patience. It’s fun watching them cook, wash clothes, driving and driving themselves crazy. They talk quite candidly about their fears, struggles, and love for each other. This is the best show if you want to see the BTS when they were not as famous as they are now and you can tell for yourself that there is not much difference then and now. They usually play regular board, card games and some games involving drama, cooking, and acting, which I should say are hilarious. You are treated to their life before luxury, the bunk beds sharing cars with other things. One trait they never left was betraying each other in the game so watch out for that and also for some great punishments. BTS, as many know came from a very small label and were the last hope for the company; They were sent to the US to prepare what is coming, and I think it’s safe to say that this show has shaped how they live life and how they are still so touched to the ground. In American Hustle Life, You can see them changing tires working in a general store to washing planes. This shows they are humble to the core, and they know from where they come from, and no matter how big they will become, they have to respect their struggles and roots. 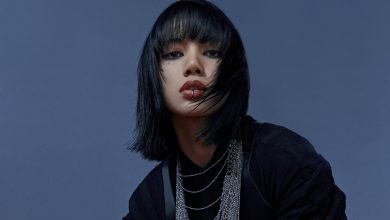