Over the years, many Bollywood celebrities have made their debuts on Indian television as guests, hosts, or judges. Amitabh Bachchan is one of the most influential people of Bollywood. He is the host of the famous show Kaun Banega Crorepati. Amitabh hosted the 1st season of the show in 2000, followed by the second season in 2005. Though Bachchan could not host season 3 due to ill health, he returned in season 4 in 2010. In 2011, KBC season 5 broke all the TRP records and became a huge hit.

The show won many awards for this season. However, season 6 (2012) still remains the most viewed season of the show. In 2009, Bachchan also hosted the 3rd season of the popular show Bigg Boss. The season was shot in Lonavala and had a total of 85 episodes, premiering from 4 October 2009 to 26 December 2009. Salman Khan’s first television appearance as a host was in 2008 when he hosted the show 10 Ka Dum on Sony. The show won the Best Game Show Award that year. He went on to host two more seasons of the show and all the seasons did really well. In 2010, he hosted season 4 of Bigg Boss; the show did so well that he was roped in to host multiple seasons of the show. Due to a prior commitment, he had to discontinue shooting in 2015 (season 8), but he returned for season 9. He had been hosting every season of Bigg Boss since then. Rohit Shetty has been hosting the famous reality show Fear Factor: Khatron Ke Khiladi for a long time now. He first hosted season 5 of the show in 2014, followed by season 6 in 2015. Though Rohit didn’t host season 7, he returned to host season 8 in 2017. He hosted seasons 9 and 10, which were telecasted in 2019 and 2020, respectively. He also hosted a special season Khatron Ke Khiladi: Made in India, which was ten episodes long. He is currently hosting season 11 of the show in South Africa. Shah Rukh Khan, popularly known as SRK or King Khan, has hosted numerous television shows. He hosted the 3rd season of Kaun Banega Crorepati in 2007. In 2008, he hosted the show Kya Aap Paanchvi Pass Se Tez Hain? For Starplus. The show ran for 37 episodes, from 25 April to 27 July. In 2011, he hosted the show Zor Ka Jhatka: Total Wipeout. The show received very low TRP. Khan’s hosted his latest reality show, TED Talks India Nayi Soch, in 2017 on Starplus. The show had two seasons, and both the seasons did really well. Aamir Khan has been the host of one of the most popular and widely appreciated reality shows, Satyamev Jayate. The first episode was premiered on 6 May 2012. The show did a great job in dealing with social issues and was applauded for its work. The show also received appreciation from many social activists and social workers. Many movie and television stars came forward and spoke positively of the show. Karan Johar has been hosting the famous talk show Koffee with Karan since 2004. He interviews various actors, directors, producers, and many more stars from the Bollywood industry in this show. Some sports personalities such as Sania Mirza, Hardik Pandya, and KL Rahul. Many big names from the industry have sat on the Koffee couch and spilt the beans.

The show is a massive hit and has been the emerging point of many controversies. The show has thus far six seasons. In 2020, Karan Johar also hosted What The Love?, which is available on Netflix. The show’s concept revolved around KJo helping six single men in finding love. Farah Khan is a successful Director and Choreographer. In 2015, she hosted a cooking show on Colors TV, Farah Ki Daawat. The show featured various Bollywood and Television stars such as Karan Johar, Alia Bhatt, Abhishek Bachchan, and Sargun Mehta as guests. The stars used to come on the show and cook their favourite dishes while chatting with Farah. In the same year, she replaced Salman Khan as the host of Bigg Boss as Salman had a prior commitment to shoot Bajrangi Bhaijaan. In 2020, she also hosted Fear Factor: Khatron Ke Khiladi for one episode. Akshay Kumar is often called the daredevil of Bollywood. He is among the fittest actors in Bollywood. Akshay has hosted three seasons of the show Fear Factor: Khatron Ke Khiladi (first season, second season, and fourth season). The glamorous global star Priyanka Chopra hosted the third season of Khatron Ke Khiladi in 2010. The first episode of the show received more TRP and viewership than the other two seasons. Priyanka motivated the contestants to try hard and push their limits. She received the Indian Telly Award for her work. Arjun Kapoor hosted season 7 of the reality stunt show Fear Factor: Khatron Ke Khiladi. The show was shot in Argentina, and the first episode was aired on 21 January 2016. 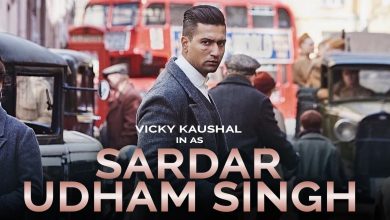