Amitabh Bachchan was born on 11 October 1942 in Allahabad United provinces British India; now, in Uttar Pradesh, his forefathers came from Bahupatti village Tehsil rani Ganj, Pratapgarh district, in the present-day state of Uttar Pradesh in India, and the zodiac sign is libra. He is the greatest actor in the Indian film industry who gained popularity in the 1970s for his outstanding work in movies like Deewar Zanjeer Sholay and many others. The actor has worked in more than 200 Indian films in his career of more than 50 years.
He is considered one of the greatest superstars in the history of Bollywood. He has been regarded as the most dominant actor in Indian cinema, where he has a large following not only in the Indian subcontinent but countries like Africa, Middle East, Russia United Kingdom.

He was honored with the nation’s highest award Padma Shri in 1984, Padma Vibhushan in 2015, Padma Bhushan in 2001 for his exceptional contribution to the arts. He is often referred to as Sadi ka Maha Nayak or the star of the millennium. He has also won four national awards in the category of Best actor, a lifetime achievement award Dadasaheb Phalke award, and he has been awarded at N number of award ceremonies and international film festivals.
The government of France has awarded him with the owner of the highest civilian. His talent is not limited to just Indian cinema, but he also contributed to the Hollywood film the great gatsby in 2013, In which he performed the role of a non-Indian Jewish character.

The actor’s name in his childhood was Inquilab, which means Hindustani for the revolution, which was famously used in the independence struggle of India. His father, Harivansh Rai Bachchan, the famous poet, changed his name from Inquilaab to Amitabh, which means the light will never die. The actor also went to jnana Pramodhini boys high school in Allahabad.
The actor has completed his schooling at the famous Sherwood College Nainital, where he won a boxing championship. He was considered a good athlete. Later he graduated from Kirori Mal College Delhi University. his educational qualification is a bachelor of science
The actor married the famous actress of her time and politician Jaya Bhaduri in 1973. The couple had two children Abhishek who himself is an actor, and Shweta, who is pursuing her career as a journalist and former model.
The family lives In his famous house, which is named Jalsa in Juhu, Mumbai, Maharashtra. His debut film was sat Hindustani in 1969.in the initial stages; the actor was rejected due to his grave voice.
By the age of 30, he had given 12 flops movies and only two hits, including Bombay to Goa and a supporting role in Anand. His hobbies are singing, blogging, reading, et cetera.
The actor was then seen struggling very hard. Salim Javed, the screenwriter duo, examines the actor’s talent and found the actor for the lead, angry young man role in Amitabh.
Amitabh Bachchan has done tremendous work in many of his films, which is even now appreciated to date whenever we talk about Amitabh Bachchan, and aura is itself created due to his successful life story inspires the youth of the country.
Nowadays the actor is hosting a famous TV show Kaun Banega crore Pati. The actor has also hosted the reality show Bigg boss the third season.

In 1984 Bachchan Join politics in support of his long-time family friend Rajiv Gandhi and took a break from his acting career. He fought elections for the Allahabad seat in the 80 Lok Sabha, where he even why one of the highest victory margins in general elections. His political career could not last for long like his Bollywood career, but he was eventually highlighted for his involvement in the excellent scandal, but after that, he was found not guilty in the participation.
He was framed in the scam and defamed. The actor was imposed a five-year man during his peak acting years by stardust. The actor himself wrote his autobiography’ soul curry for you and me and empowering philosophy that can enrich your life’ in 2002. He was also famous due to his linkups with the renowned actress Rekha and Parveen Babi.

Some lesser-known facts
1. As of 2019, his net worth was Rs.2,800 crores.
2. The actor Registered his film production company Amitabh Bachchan Corporation Ltd in 1996, where he was the main sponsor of the Miss World beauty pageant 1996 in Bangalore, but eventually, he lost millions.
3. The actor is eagerly investing in the upcoming business and ventures. He made a gain of 4600 percentage by buying 10% stakes in the Justdial company in 2013. He holds 3.4 percentage equity in stampede capital, a Cloud computing technology firm for financial markets. In Meridian Tech, The 4. Bachchan family also bought shares, which were $2,52,000 worth.
5. London’s Madame Tussauds wax museum has the statue of Amitabh Bachchan as the first living Asian in June 2000.
6. The actor is so talented that he could write quickly with both hands. Amitabh Bachchan was declared dead for 11 minutes by the doctors until the injected adrenaline into his chest, which saved his life.
7. The actor spoke in one of the episodes of Kaun Banega crorepati while hosting that 75% of his liver is not working due to the diagnosis of hepatitis B where he had a blood transfusion after the incident He met during the shooting of the movie coolie. He was also infected with tuberculosis in 2000; however, after being adequately treated, he is now free from TV.
8. The actor has also been appointed as the habit’s ambassador; it is an awareness campaign by UNICEF.
9. The face of saves our Tigers campaign that encourages the importance of Tiger conservation in India. He also supported Peter’s campaign to free Sunder, a 14-year-old elephant who was chained and tortured in a temple in Kolhapur Maharashtra.
10. He wanted to be an engineer at his young age, and he was enthusiastic about joining the Indian Air Force. During his college days used to act in the theater.
11. His mother was interested in theaters, and fortunately, even though she was offered a feature film role, she denied it later and preferred her household duties. The people in Kolkata consider Amitabh as a God and worship him in a temple. 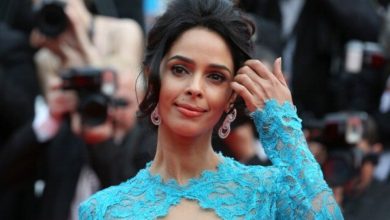