The 46-year-old, British-Indian businessman was arrested for allegedly having involvement in the creation and distribution of pornographic content through mobile applications. In the charge sheet, Kundra was charged under the Indian Penal Code, the Information Technology Act, and the Indecent Representation of Women (Prohibition) Act. On Tuesday, 21st September 2021, Raj Kundra was released from Mumbai’s Arthur Road jail around 11.30 am.

During the plea appeal, the crime branch opposed the bail saying that if released, Raj Kundra may tamper with evidence and witnesses. However, while defending his client Adv. Prashant Patil said that the police have not submitted any evidence regarding the involvement of Raj Kundra with the applications on which the pornographic content was shared.

Further in the plea, Kundra asked for bail on the grounds of parallelism as other accused have been also granted bail in similar cases. Kundra’s associate and co-accused, Ryan Thorpe, who had also been arrested on the same day as Kundra, was also granted bail. Kundra further said that he was ‘dragged’ by the police in the case and made a ‘scapegoat’ without any conclusive evidence. Kundra’s attorney stated that Kundra had previously requested anticipatory bail in other similar cases and had been granted interim relief from custody.

Moments after her husband Raj Kundra was granted bail, Bollywood actress Shilpa Shetty shared a quote on Instagram to express what that was moment to her.
The Instagram story stated, “Rainbows exist to prove that beautiful things can happen after a bad storm — Roger Lee.” Earlier last month after the arrest of Raj Kundra, Shilpa said in a statement that while it has been a “challenging” moment for her family, she has complete faith in the Mumbai police and legal system. She also stated that she is a “proud law-abiding Indian citizen” and requested everyone to respect her family’s privacy for the sake of Viaan and Samisha. She said, “We don’t deserve a media trial. Please let the law take its course.”

Hours after his father Raj Kundra was released, Viaan took to Instagram to share a post from Ganpati Celebration from earlier this month. The photo had Viaan posing with his younger sister, Samisha, and mother, Shilpa Shetty in front of an idol of Lord Ganesh.
The post was captioned as,” Life as long as Lord Ganesha’s trunk, Trouble as small as his mouse, Moments as sweet as modaks. Ganpati Bappa Morya! ❤️” Shilpa will make her debut in the talent competition India’s Got Talent soon. She is currently a judge on the dance reality show Super Dancer 4 with Geeta Kapoor and Anurag Basu. After taking a few weeks off owing to Raj’s arrest, she returned to the show last month. 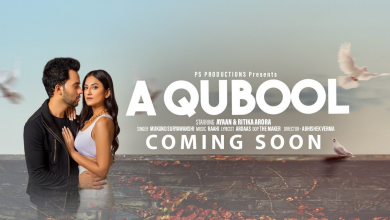