Awe and pain. Everything you are going to feel after watching this gem of a show can be contained in these two words; and also definitely a major crush to Andrew Scott, the hottest priest of television history. Fleabag is one of the most brilliant, most realistic shows of all time. To be fair, the six Emmys that the show won, including the best comedy series in 2019, doesn’t do justice to it because it deserves much more than just four of them. The show is unbelievably honest and one can only remain awestruck by the sheer brilliance of the amazing Phoebe-Waller Bridge who single-handedly created and produced this show and then played the central character with such ease. The central character, who remains unnamed throughout the show, displays the most genuine and original emotions of a young British woman who struggles with the death of her best friend, a difficult family, and troubling relationships.

Every moment of this show is either hilarious or heart-breaking; and sometimes both. The characters manifest such honest emotions that most often they are extremely relatable even when they are not very likable. This relatability makes us feel things that we didn’t know existed in us. Beautifully written, elegantly performed, and the best use of the fourth wall. Phoebe-Waller Bridge, take a bow!

Another masterpiece by another brilliant writer-cum-actor. Daniel Levy gave birth to this beautiful, heart-warming show that was highly neglected and ignored by the viewers and the academy until Netflix picked it up three years after the first season was aired. The final season of Schitt’s Creek swept the Emmys, where the show won every comedy category that was announced, and that speaks volumes. Schitt’s Creek presents a formerly rich family who suddenly goes bankrupt and is left no other choice but to live in a mediocre motel at a place they hate. The unbelievable chemistry between the legendary Eugene Levy – Catherine O’Hara combo and the incredible performances by Dan Levy, Annie Murphy, and Emily Hampshire makes this show genuinely deserving of the awards they received. Initially, it might seem like the show is not worth the hype. Before you know it, you are addicted to it. Schitt’s Creek grows on us over the seasons.

The development of all the major characters, especially Alexis, is so satisfying. And that is when Patrick arrives out of nowhere and charms us all to make the show even greater. The beautiful portrayal of David’s and Patrick’s relationship is one of the most heart-warming things is television. Schitt’s Creek gives us a glimpse of how things could be if we learn to treat people as people and love as love. This show is a tight, warm hug personified, and more people need to watch this thing.

After Life is yet another excellent example of a brilliant show created by a writer-cum-actor. Ricky Gervais is not only a brilliant writer and performer but also a guy who understands people. The plot revolves around the protagonist Tony, who played by Gervais himself, and his life after the death of his wife. Tony’s entire life revolved around his wife. Her untimely death becomes too hard for him to accept, and he starts taking out his frustration on everyone around him. The show philosophizes on life and death and provides new perspectives on the same. Although, there is no connection between the two; After Life resembles much of the qualities of Fleabag. After Life also tries to portray real, genuine human emotions as honestly as possible, and it is successful in it up to an extent. Towards the end, Tony tries to accept what has happened and makes an effort to appreciate everyone who has been helping him get through this stage of his life.

All the characters are very carefully crafted and executed very well by the actors. In the last episode, one of the characters quotes Robert Frost and says one of the best lines of the show: “In three words I can sum up everything I have learned about life: it goes on.” How beautiful is that! This show is worth watching, especially if you are going through a tough time.

Atypical is yet another beautiful comedy that deals with the life of Sam Gardner, a teenager on the autism spectrum, and the people in his life. The show provides a different perspective on the lives of the people in the spectrum and how it influences them and their people. As Sam is trying to become more independent, everything around him changes, and he, with the help of his family and friends, tries to deal with it.

But this show is much more than a neurotypical teenager. Atypical explores many topics like relationships, sexuality, family, etc. The way the coming out of Sam’s sister Casey has been dealt in the show is very heart-warming. The fourth and final season of the show premiered on Netflix last month and has been well received by its fans. Yet another show worth watching if you are looking for a safe space.

It is the spin-off of the legendary show Breaking Bad. You can say that Vince Gilligan had indeed thought of everything when he decided to begin a prequel to the show that is widely recognized as the best TV show of all time. The incredible Bryan Cranston and Aaron Paul gave us the perfect ending when Breaking Bad ended eight years ago. But who would have thought that Vince Gilligan had something even better up his sleeves at that time? Better Call Saul revolves around the lives of many other Breaking Bad characters, especially Saul Goodman or James McGill, as he is known in BCS. However, the show introduced various new characters, and a few of them have been the absolute best—particularly Kimberly Wexler and Lalo Salamanca. We also see the past lives of many characters like Mike, Gus Fring, the Salamanca family, etc. However, despite its brilliance, Better Call Saul has not received the popularity it deserves, particularly outside the US. The final season of this epic show will be out by next year.

However, recently Bob Odenkirk had a minor heart attack on the set, but he is well out of danger and in the process of recovery. We wish him all the luck in the world and are waiting for him to be back on the set as soon as possible. 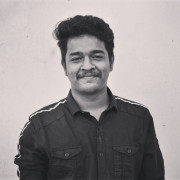