Is Bhutan The Happiest Country in The World?

In Bhutan GDP is not used to measure the country’s performance. Instead, Gross National Happiness (GNH) is used to measure the overall happiness and well-being of the citizens of Bhutan. This country put the happiness of the people before the economy of the country. This is because they believe that leading a happy life is really important above all. Bhutan is consistently ranked as the happiest country in Asia and somewhere in the top 10 in the happiest country in the world. As the Bhutanese monarchy norms, the four main objectives are sustainable and equitable socio-economic development, environmental conservation, preservation and promotion of culture, and good governance. It was also reported that most people in Bhutan are kind, calm, and respectful. This is because people in Bhutan simply embrace life as it comes.

People in Bhutan Do Not Know Their Birthday

It is quite weird to know that people in Bhutan do not know their birthday. Most people, notably the older generation do not know their date of birth. The Bhutanese authentically believe that leading a cheerful life is more than anything else. It is believed that every citizen in Bhutan turns one year elder on the new year. So, their concept is to celebrate their birthdays on new year’s day. Even the younger generation do this kind of calculating their date of birth. However, the younger generation does keep a track of their birthday. This proves that Bhutan is unique from other countries around the globe. 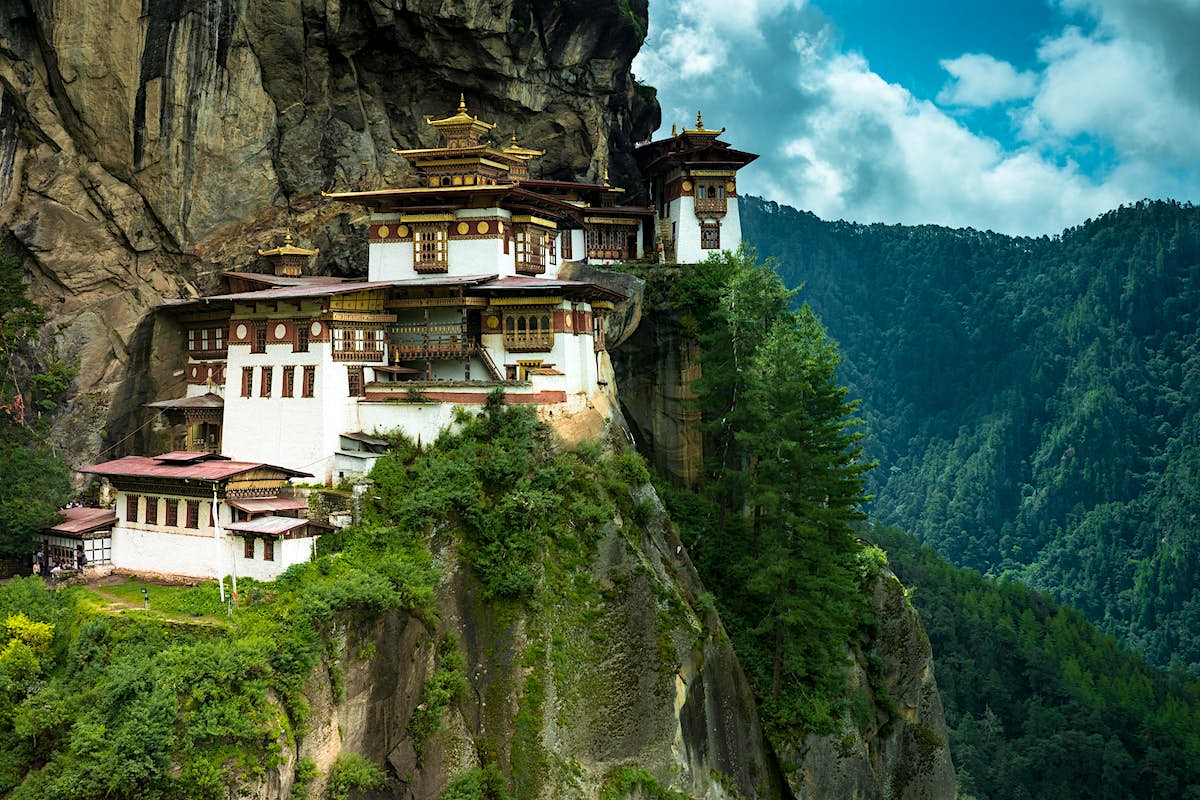 Statistical data reveals that 72% of Bhutan’s land area is covered with forest. While the rest of the land area also includes massive greenery. The country is more conscious about protecting the greening. It was also claimed that the air in Bhutan is very pure because of its immense natural surroundings. Bhutan is to a great extent concentrating on conserving nature and thereby they have banned plastic early in 1999 itself. The country also has a world record for planting 50,000 in just one hour in the year 2015. The country offers a majestic view of nature everywhere. Bhutan also offers a breathtaking view of the Himalayas.

How Is Tourism in Bhutan Unique?

Bhutan is an expensive country for tourists. In Bhutan, tourists have to pay a tax fee of 250 USD per day per person. This practice of collecting a huge tax tourist may contract the tourist visit to their country. This hefty fee is collected from the tourist because they believe the lesser the tourist, the more the clean environment. A local guide will be leading the places in Bhutan and one can go and visit the country on their own. Until 1974 the tourism in Bhutan was completely closed.

What Is the Spiritual Hike of Bhutan?

No Television and Internet

There were no televisions and internet in Bhutan until 1999. Bhutan was the last country in the world to introduce television and the internet. This is because they don’t want to adapt to the fast-changing world and globalization. It took a lot of time for modernizing the country.

Other Rare Features in Bhutan

Bhutan in simple words is a heavenly place to live in peace, calm, and happiness. It is known as the happiest country indeed.