Who wouldn’t be excited to see Alia Bhatt and Ranbir Kapoor sizzle together for the first time on the silver screen in “Brahmastra”?

We definitely will be! However, due to the COVID-19 pandemic and subsequent lockdown, “Brahmastra” the highly anticipated movie, is facing severe delays and reported that it would be released in “2021” next year, but the date has not yet been disclosed.

“Brahmastra” is probably the most delayed Hindi movie in recent years. In July 2014, the Ayan Mukerji directorial was first announced. Yes, it has been more than six years since the announcement of this movie, but it has not yet been released. Were it not been for the deadly coronavirus epidemic, this movie would be released in cinemas this year on December 4th. However, now, it has been postponed to next year.

Now, we have solid news that OTT giant Disney + Hotstar is paying attention to director Ayan Mukerji for the direct digital release of this movie. The platform believes that the hype surrounding this movie will bring them record streams.

A source said: Disney + Hotstar has now asked “Fox Star Studios” if they can hand over ‘Brahmastra’ to their live streaming platform. It means that Disney + Hotstar needs “Brahmastra movie” to bypass theatrical release and reach its platform directly. They think Brahmastra is a long-awaited biggie, and if it obtains its premiere on the digital platform, it will bring them record streaming.

However, the source told the entertainment portal that Dharma Productions-led by Karan Johar, who is the co-producer of the film, has not shown any interest in the proposal.

Karan Johar believes that the VFX-heavy, a large-scaled movie, will be extremely enjoyed in cinemas. The “Brahmastra” movie directed by Ayan Mukerji, is released as a trilogy, now backing out by Fox Star Studios, people are wondering about the fate of the second and third parts.

Speaking of this, a source told the publication: So far, there has been no discussion about the Brahmastra sequels. All the efforts of the Fox Star Studios and Dharma Productions are on finishing the first part. The shooting of this movie will end this month. After that, the team will focus on the post-production.

Although Fox Star Studios is egressing the business, the upcoming parts are still being made. The co-producer of the movie is looking forward to the response to the first part of this movie. If successful, he will continue with the planned trilogy, but maybe with other studios.

In addition to this, Ayan once said that this movie would provide the audience with “really new and amazing and new heights.” He appended that they need extra time to get the VFX right and make the sound and music exact, to make the movie right.

In February, the makers of Brahmastra movie posted a video declaring the release date of this movie as December 4, 2020. In the video, Ranbir asked director Ayan to release the film asap, claiming that everyone, from his family to fans, is making fun of him because the film has been in production for so long. Ranbir said: My parents ask me every day, are you still making movies or running after football or this girl (Alia), to which the director revealed the releasing date of Brahmastra movie. He said the movie will be out on December 4th, 2020. This movie is the 1st installment of the ambitious fiction trilogy.

In the Brahmastra movie, the main cast lead is Alia Bhatt and Ranbir Kapoor. Other names associated with this highly anticipated movie are Amitabh Bachchan, Mouni Roy, Nagarjuna, Divyennduu Sharma, Dimple Kapadia Prateik Babbar, and others.

Earlier this month, Mouni Roy and Brahmastra team, along with Ranbir and Alia, joined a 10-day schedule or trip in Mumbai. The movie was primarily- scheduled to be released this year in December after experienced-several delays, but it has further been-postponed due to the deadly coronavirus pandemic.

Besides this, Alia Bhatt and Ranbir Kapoor were-clicked in a dubbing studio in the suburbs of Mumbai on November 11, 2020. The two probably dubbed for their first movie together, which is the fantasy drama “Brahmastra” movie of Ayan Mukerji.

While she wore black and white outfits and he was- dressed in a white long-sleeved T-shirt with jeans and a baseball cap. When their pics posted online, fans were happy to see Alia and Ranbir together and expressed their excitement to watch the “Brahmastra” movie.

Brahmastra movie is creating an uproar among the audience in the format that will be released soon. If these reports are-considered, then this movie will be shoot in the usual way, but then it will be formatted and edited into 3D. This makes the fans even more excited.

The logo shown in the movie has attracted a lot of attention. It was launched with the help of 150 drones. Moreover, it was launched in the presence of the foremost actors Alia Bhatt and Ranbir Kapoor.

Disney+ Hotstar is a video-on-demand, live streaming platform, an Indian subscription and service operated and owned by a subsidiary of the Walt Disney Company of India, ‘Star India’.

Hotstar launched a new venture “Disney+Hotstar” Multiplex on 29 June 2020. Under this new venture, Hotstar releases new Bollywood movies on Friday due to the coronavirus epidemic.

To date, The last big release on Disney+ Hotstar is Kiara Advani-Akshay Kumar starrer ‘Laxmii’ movie. Although the movie-received a warm welcome on the first day of release, it failed to meet the platform’s expectations in the following days. 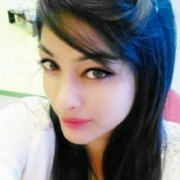