There are a lot of mobile games on android, and it has come a long way. Experiencing good gaming for free in this pandemic has become a crucial one for all gamers.

Let us discuss the top 10 games on the google play store for free. Alto’s odyssey game is a massive hit on android. It still has an enormous audience for its graphical performance. It is a sandboarding game from Team Alto, a 2d side-scroller with some platforming elements as a game itself. It’s simply fun, but it is fascinating because it has a beautiful and relaxing atmosphere.

It uses a constantly changing time and weather system that provides the backdrop of the gameplay. Depending on the cycle, you will either see a bright sun or clouds and rain after sunset. The sky would be full of moons and stars, and sometimes the area would be hit by a ferocious sandstorm that turns everything into dark and bloody red. All these effects directly change the lighting in the gameplay. It feels like a living, breathing world, but at the same time, it is like you are inside the Disney animation.

The game introduces three different types of landscapes. The audio screen is also well done; you can hear the chirping of birds, rain, and wind. The game’s progression is locked behind golden coins in the player level; by encountering specific obstacles, one can open up new strikes.

Asphalt 9 legend game is available both on android and IOS. The central theme of this game is to win each season of races. It has lots of variety to keep going through in a steady number of unlocks, such as acquiring upgrades that improve car handling and speed blueprints to get new rides. To prevent cheating or circumvention of its in-app purchase, it has to be online. It is one of the best car racing games on android. Brawl stars is a more casual game that’s been draped in the trappings of something that has little more meat than it. There’s loads of action. The progression of the game is decent too. There are different levels and modes to play through. It is all about collecting gems. There is royale mode, where you can play solo or with a friend. Every day you can find something fresh to play. The matches are super smooth, and it is fun. Brawl stars have supercell at their best. Call of duty mobile is different; it represents a concerted effort from Activision to make it notoriously difficult to crack and free to make friends for the long term. The multiplayer modes are substantial and even include full battle royale. The pros of this game are that it generally runs well without slowdown or game-breaking bugs. It is free to play. The leveling path is rewarding even without spending money. There are many modes to jump around between, including in battle rail mode. It is a multiplayer shooter game. It is an online game where you can play with your friends as well. The downside of this game is that the players’ population is less than other shooting games such as PUBG and Call of Duty. It is a free game and has two versions. Pocket City is a mobile city-building game developed by code brew games. In this game, you can build a town hall and work your way up to the small village and a little town and in the big city. For your city to grow, you will have to fill all the basic needs of the citizen.

PUBG Mobile: One of the best games The real PUBG experience 100 hunched over their android or IOS phones. The one last player standing formula makes the game massively successful in PC games, and also it is developed in tiny touch screens. Some of them are easy to kill BOTS. The portability and accessibility of PUBG Mobile overcome its limitations. One can enjoy this game anytime on the battlefields. Genshin impact is an open-world adventurous game. The journey along the vast land involves killing enemies, conquering dungeons, and collecting resources to facilitate your team. A team consists of four characters. You can play as per your wishes, such as solo, two or three characters. Each character has a different playstyle and different attacks. It is a single-player game. This game is available both on PC as well as on mobile. It is a whole new genre collectively. It is a digital collectible card game where each card and its term has a pop-up explanation. The world, the creatures, landscapes, the tone of each region are impressive. It has a deep and dynamic, inevitably polished screenplay. It has a whole different storyline game, involving a kingdom, some bad guys, and, well, a Chocobo carriage. Of course, the moment-to-moment gameplay consists of strategic placement and well-executed attacks from genre learning the various systems. The map is essential to make a victory. There are a lot of hidden treasures and dungeon opponents. You have to hit bosses and opponents to attain victory. By logging in daily and winning additional quests, the game keeps itself fresher. 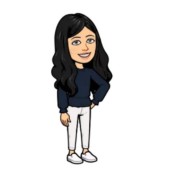 7 Facts You Didn't Know About BTS