The relationship between Bollywood and any of the sports has been hand-in-hand. Mostly cricketers have taken over the beautiful actresses of our B-town industry. In the earlier time of Sharmila Tagore, the actress was being taken by the former cricketer Mansoor Ali Khan Pataudi, when they felt for each other. From the very start, Bollywood and sports are being together. The beauties and the charming natures of our Bollywood actresses have been greatly impressed by the cricketers to the extraordinary level. The Bollywood industry has had the most romantic time between its athletes and actress. Bollywood and especially cricket in the field of sports are the most used platforms to connect and therefore they are also known as the huge industries, who follow each other religiously. So many beautiful and gorgeous actress has married to the cricketers lately.

Here’s the list of all the beautiful Bollywood divas who married to a sportsperson and inspired and had a great impact on us with their joyful and happily ever love stories.

1. Sharmila Tagore and Mansoor Ali Khan Pataudi- Mansoor Ali Khan Pataudi also known as Nawab and Sharmila Tagore were the youngest Indian couples who got married in 1969. Mansoor Ali Khan Pataudi was the youngest Test Captain who was a very well-known cricketer and the finest one of his time. He was regarded for being the greatest captain of the Indian cricket. The well-known personality Sharmila Tagore was a Bollywood actress who conquered hearts with her fabulous acting. Both of them were one of the first high-profile associations between Bollywood and cricket and met each other the first time in 1965. Their marriage was opposed by many because of their religious differences but they both tied the knot afterwards. Proud parents of their children’s— Saif Ali Khan and Soha Ali Khan as they both are Bollywood famous entertainers. The couple had a four-year relationship before their marriage and are proud parents of three children now. 2. Geeta Basra and Harbhajan Singh- Harbhajan Singh and Geeta Basra married in 2015 and were in great limelight amongst the audience after their marriage. Both of them dated for eight years before tying the knot in October (2015). The actress—Geeta had a very eventful career in the Bollywood industry. The famous cricketer— Harbhajan felt in love with her at the very first side. The couple has a daughter Hinaya Heer Plaha, who was born on July 28, 2016. Harbhajan is very well-known in his field of cricket whereas Geeta Basra at the same time a well-known actress. 3. Hazel Keech and Yuvraj Singh- Yuvraj Singh married actress Hazel Keech in the year 2016. They tied the knot in Chandigarh according to the Sikh wedding rituals. Later in Delhi, a lavish reception was being held, followed by an exciting party in Goa. The power couple— Yuvraj Singh and Hazel Keech was being together in a relationship for six years before their eventual took the step, which was attended by most of the Bollywood celebrities and Yuvraj Singh’s former team members. Apart from this Hazel is a well-known model and actress and has shown up in many popular Bollywood movies making her an iconic figure in the industry. 4. Sagarika Ghatge and Zaheer Khan- Zaheer Khan, followed the path of his teammates Yuvraj Singh and Harbhajan Singh and tied the knot with a B-town actress too. The left-arm pacer married “Chak de India” sensation— Sagarika Ghatge in 2017. The wedding was a modest affair and was a close-knit one. It was later followed by a grand reception attended by both Harbhajan Singh and Yuvraj Singh. Zaheer and Sagarika, both of them attended the former cricket’s wedding of Yuvraj’ together, despite not formally announcing their relationship status, which was confirmed months later when Zaheer announced on Twitter about their engagement. Both of them are well-known personalities in their respective fields’. 5. Anushka Sharma and Virat Kohli- Anushka Sharma and Virat Kohli‘s wedding took place in 2017 in December when both of them went to Italy for a destination wedding which was attended by their close friends and family. The couple dated for several years. The captain of the Indian cricket team Virat Kohli and Anushka Sharma is one of the great and finest actresses in the B-town industry. The couple is considered to be the power couple of cricket and Bollywood as both of them are into great fame and limelight. They met each other in a shampoo ad in 2013 and fell in love. Their marriage is one of the most discussed and talked event among the audience for several years. Anushka Sharma-Virat Kohli’s wedding is amongst the most high-profile associations in recent years between Bollywood and cricket. Virat and Anushka were expecting their first child in 2021, who is recently born on 11th January 2021. The power couple has been blessed with a baby girl. 6. Nataša Stanković and Hardik Pandya- Hardik Pandya and Nataša Stanković are the most recently married couple. All-rounder Hardik Pandya, a greatly known cricketer announced his engagement earlier with the actress and then later married her. Nataša is the famous Bollywood actress, who is well known for her movies like Zero, Fukrey returns, Satyagraha and many more. The two of them, from which, one is an all-round cricketer and one being a very well-known actress married and had great limelight in the audience. The audience was very excited about their marriage. The couple was recently blessed with a child too. 7. Lara Dutta and Mahesh Bhupathi- Lara Dutta— a famous actress who conquered hearts in her shooting times, is a very fun-loving lady who nailed all her roles in the films with her talented acting skills. She got married to Mahesh Bhupathi. Mahesh was a popular tennis player back then. Lara Dutta, later on, flaunted her pregnancy pictures amongst the audience and became a beautiful mother afterwards. 8. Neena Gupta and Vivian Richards- Neena Gupta is known for her acting in the ‘Bade Pardey’ and even ‘Chotay Pardey’. She hitched to the famous and legendary cricketer of West Indies, Vivian Richards. Neena Gupta, a well-known Bollywood actress, was involved in a relationship with the former cricketer of West Indies, Vivian Richards. Vivian was already married to another woman when he got into a relationship with Neena. Vivian was her first love. She fell for his charms and later the actress was pregnant. Vivian never left her and his child and also admitted about his relationship and stood like a pillar. Their daughter was named ‘Masaba Gupta’ and currently lives with Neena Gupta. Their daughter is currently a fashion designer. 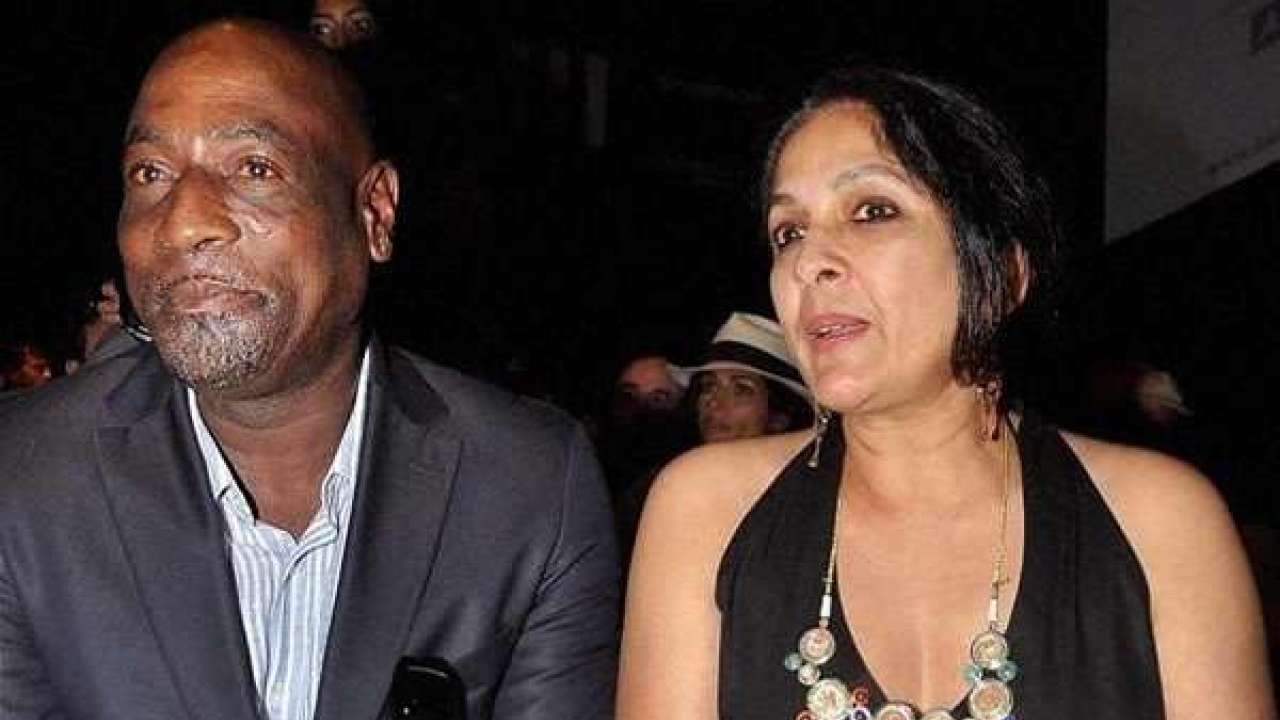 10. Reena Roy and Mohsin Khan- Reena Roy, one of the leading actresses and the queen of Bollywood industry as she ruled the cinema in the late 90s with a number of her Hindi films. Reena Roy married the former Pakistani cricketer Mohsin Khan as she fell in love with him. Besides being an actress, who was paid the highest in Bollywood, she still got married and hitched to a cricketer. The couple got married in the early 80s’, after the actress controversial breakup with Shatrughan Sinha. Earlier the cricketer- Mohsin Khan tried and wanted to be a part of the Bollywood industry too. So he tried and acted in movies such as “Saathi” and “Batwara”, although he was not able to make it up to high. These were some of the power Bollywood-Sports couples’ who have conquered hearts with their marriages’ and left a great mark on the people to see how both of the huge industries walk hand-in-hand with each other religiously!