The true soul of folk music is found not just in words as well as in the music. Punjabi folk music has a basic rhythm and tempo.

The famous strains of Folk music ring with the basic, unsophisticated peasants’ heart-throbs. These tunes, which are indicative of their profoundly felt emotions, are perfectly in sync with their way of life.

The locals’ daily activities, the grinding stone’s music, the spinning wheel’s drone, the cracking of the Persians wheel, the thumping of the horse’s hooves, and so on all contribute to the musical elements.

So, here we present the list of Top 10 Famous Male Lead Singers In The Punjabi Industry:

Aujla began his career as a lyricist for singers such as Deep Jandu and Gagan Kokri.

His debut single, “Property of Punjab,” was the first Asian track to chart in the United Kingdom. Since then, he’s published “Alcohol 2,” “Yaarian Ch Fikk,” “Shit Talk,” “Up & Down,” and “Lafaafe,” among other songs. Aujla became the most-watched artist on YouTube in Punjab, India, in December 2019. He was featured on Spotify’s list of the biggest and most popular Indian musicians.

Aujla’s four singles “Red Eyes,” “Sheikh,” “Chitta Kurta,” and “Jhanjar” all charted on the UK Asian chart at the same time. His single “Kya Baat Aa,” which features Tania in the music video, was published without warning.

In December, he released a single called “Ek Din” alongside Bohemia, The Game, and J. Hind. On April 23rd, 2021, he collaborated with Dilpreet Dhillon for the sixth time for the latter’s song “Jatt Te Jawani.” Manak studied music at Muktsar’s hamlet Bhuttiwala under Ustad Khushi Muhammad Qawwal. He left Bathinda to seek a career as a musician in Ludhiana, where he began singing alongside Harcharan Grewal and Seema.

He was granted the opportunity to compose the track with Seema when he was 17 years old, in 1968. This song is in his first album with “laung karaa mittra, machhli paunge maape” (written by Gurdev Singh Maan). This album was an instant hit. Amninder pal Singh Virk, better known by his stage name Ammy Virk, is a Punjabi and Hindi cinema singer, artist, and producer. He founded Villagers Film Studio, a production business, and In House Group, a distributing organization. Nikka in the Nikka Zaildar series, Shivjit in Qismat, Harjeet Singh in Harjeeta, and Haakam in Angrej are some of his most well-known roles.

Virk as Nikka, according to The Tribune’s Gurnaaz Kaur, is one of Punjabi cinema history’s most beloved characters. His Patiala-Shahi turban is well-known. Angrej and Qismat are two of the most successful Punjabi movies ever made. With the film 83 (2020), directed by Kabir Khan, he makes his debut appearance. Mann debuted in the music industry in 2011 with the song “Yaar Anmulle.” The song was a huge smash, and it was named one of the best songs of the year. In 2012, he published his second album, “Aate Di Chiri,” which received a lot of positive feedback.

He made his acting debut in 2013 with the film Oye Hoye Pyar Ho Gaya, for which he garnered mixed reactions. Ishq Garaari, his following film, did better at the blockbuster. Ranjit Singh Bawa rose to fame from his single “Jatt Di Akal” which broke many Punjabi records. He made his debut in the 2015 album Mitti Da Bawa which was awarded the “Best World Album ” award in the Brit Asia TV Music Awards.

He will make his film debut by playing the title role in Toofan Singh, a semi-biographical film about the 1980s Punjabi activist Shaheed Bhai Jugraj Singh Toofa. Gurdas Maan is an actor, composer, and background singer from India. In 1980, his song “Dil Da Mamla Hai” brought him national recognition. He has now moved on to release over 34 albums and write over 305 songs. In 2015, he participated in MTV Coke Studio India alongside Diljit Dosanjh on the song Ki Banu Dunia Da. His full name was “Hardy” Hardavinder Singh. Sandhu is a musician, actor, and amateur cricketer from India. Tequila Shot was his debut song, and he rose to prominence with Jaani’s songs Soch (2013) and Joker (2014).

In Yaaran Da Katchup, Sandhu played the lead role (2014). “Soch,” one of his songs, was adapted for the Bollywood movie Airlift in 2016. He is a well-known graduate of Patiala’s British Co-Ed High School.

Since 2018, Moose Wala has begun producing tracks on his own. Announcing the publication of his debut single, PBX 1, on T-Series, Sidhu launched the majority of his tracks with his label. Moose Wala will formally establish his record company, 5911 Records, on August 31, 2020.

Humble Music and Moose’s old label T-series collaborated on the label. He’s also published music by Karan Aujla and Naveen Singh, among others. Dosanjh’s musical and theatrical approach is the topic of examination and criticism from reviewers since he is always trying out new musical concepts and imagery. His later partnership with Honey Singh gave his music a new depth.

Jaidev Kumar, Sukhpal Sukh, Sachin Ahuja, Pavneet Birgi, Jassi Bros Bhinda Aujla, and Tru Skool are some of the composers that have impacted him. His ambition is to create a Punjabi song that would become a phenomenal hit, similar to the Korean hit Gangnam Style. Jass Manak began his musical career in 2017 with the song “U-Turn.”He launched “Without You” in 2018, but his track “Prada,” which is one of Today’s most famous songs, catapulted him to fame. He launched his album Age 19 in 2019. He has sung “Rabb Wangu” and “Bandook” for the Punjabi film Sikander 2 that same year.

His track “Lehanga” reached No. 1 on the Billboard Hot 100. YES OR NO to be his most recent single. Manak has also become one of Punjab’s most popular YouTube artists. Manak is a member of the Geet MP3 record label, which was formed in 2016. On Feb 13, 2020, he released his debut song “Shopping,” as well as a new album, No Competition, on Aug 19, 2020. 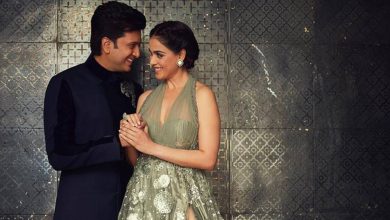