Billboard published an article recently in August about “Inside the business of BTS”, hoping to cover all the intricate details about the Korean boy band.

From their business “strategies” to their sales, the article claimed to cover it all; especially claiming to know the whole truth about the topping of their songs on the charts for weeks now. But Billboard did not do just that.

The beginning of the article itself took off on a bad note for Armies. Them mentioning the “enlistment” of BTS as a sub-header was found to be quite disturbing. The main reason is that everyone – The Blue house, The label of BTS – HYBE, and BTS themselves know that it is quite a sensitive topic. And they are not very happy about them, being away for years from their career and their everlasting loyal fandom. But, South Korea is a patriotic country, and BTS themselves were sworn to serve their country. They have been ready to take up their duties for the country. And are prepared to take up whatever comes their way. However, the writer of the article did not know this and didn’t do his research to consider the feelings of the members on the matter.

The article talking about how BTS is dominating the company was quite painful for the fans. For they sure, don’t look at them from that perspective. They do not consider BTS superior to others. But, just love them for who they are. As if it wasn’t enough for the interviewer to inappropriately question the group without consideration of their feelings, the interviewer decided to attack Armies next. In doing so, they indirectly accused BTS of chart manipulation and mentioned that Armies are the reason for the sales going up compared to other artists.

Though such an offensive question was put up, BTS put on a brave front and handled it quite well.

Billboard must understand the fact that BTS is having a tremendous amount of increase in their YouTube videos, or increase in the sales chart, solely because of the people’s love towards BTS and their songs, and nothing else.

Everyone knows the fact that YouTube themselves deleted a large number of views at a certain point, which is quite a disturbing factor. And to be perfectly candid, fans all around the world buy the albums because they want more photo cards and posters.

Billboard accusing fans of buying albums without a limit is quite a non-factual statement. The official BTS merchandise shop sure does have a restriction on how many albums a single account can buy and, it most definitely has limits. Ask any ARMY around the world, they will agree to this point. They will even fact-check this for you. As we know, BTS has a huge fandom, and statistically speaking, even if each fan buys a single album, the sales would be a hit. The publisher comparing BTS fans to other artist’ fans is quite disappointing. BTS topped the charts purely because of their hard work and quality music, and not because of crowdfunding or chart “manipulation”.

Despite all these questionable questions, BTS handled them quite well and didn’t show any anger.

And here’s how RM faced the chart manipulation question boldly: Thus, in conclusion, the Armies are angry or rather disappointed because they sure did not expect Billboard to publish such an article. Second, they are disappointed at the interviewer as to why he even got to interview. And Thirdly, they are angry at the interviewer’s unnecessary, inappropriate questions. But, most importantly, it’s the lack of consideration of the group members’ feelings that infuriates ARMY. 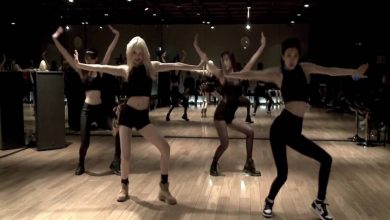